Are you renting your house in Spain? New lease agreements in Spain.

New leases signed in Spain from now on will be based on the Urban Leasing Law reform.

The Permanent Council of the Spanish General Court has approved the validation of the Royal Decree Law 7/2019 on urgent housing and rent measures, which was passed by the Council of Ministers on March 1.

What does it all mean for lessors and/or lessees like yourself?

Terms of extension of the contract – between 5 and 7 years

The mandatory extension period for housing rental contracts varies between 3 to 5 years.

If the landlord is a legal entity, the term is extended to 7 years.

The duration of the contract is up to the parties in theory, but if signed for a duration of less than 5 years, the lessee has the right to extend it year after year until the end of the five years on the contract, or 7 years when the lessor is a legal entity.

The inferred extension period of 1 to 3 years is also extended. Thus, after the end of the 5 years (or 7 years if the lessor is a legal entity), if neither party communicates in time to the other party their intention to cancel it, a new period will begin with the right of the tenant to extend the contract year after year until the end of three years.

The deadline to communicate the termination of the contract at the end of the initial five-year period has also been extended.

The landlord must notify 4 months in advance, and the tenant 2.

Changes in rental prices are limited to the annual CPI

The freedom of covenant is formally recognised to establish the manner by which the rent will be updated each year.

In the absence of an agreement, the rent will not be updated.

In any case, the increase of the new updated rent will be limited by the annual CPI at the date of each update. In other words, during the term of the contract – and at least during the five or seven years of initial duration – the rent will only be updated according to the maximum CPI levels.

Recovering the property due to necessity has become more complicated

To avoid the mandatory extension of the contract after one year in case the landlord or a close relative need to live in the property, it is now required that the contract expressly include the need to occupy the leased house before the end of five years.

It’s imperative that there’s a need – and that this is recorded as such – to allocate it to permanent housing for the landlord or his relatives in the first degree of consanguinity or for adoption or for his spouse in cases of final separation, divorce or marriage annulment.

The aim of this ruling is to ensure that this excuse is not used to terminate a rental contract. That’s why it requests the landlord to communicate his or her need to recover the property two months in advance, specifying the cause. Force majeure causes may justify that, once the house had been released, it would not have been effectively occupied by the landlord three months later.

Limit to the additional bond guarantees

Additional bond guarantees are imposed up to a maximum of two months, except in long-term contracts.

Tenants will not be forced to pay more than three rent instalments as collateral: the legal deposit of one month (for housing rents) plus a maximum of two additional monthly payments as an additional guarantee.

On the other hand, it is established that if the lessor is a legal person, the costs of real estate management and formalisation of the contract will be borne by the lessor. Nothing is said for lessors who are natural persons, although the general principle that the commission of the agency must be paid by the party that has contracted its services tends to rule.

In case of sale of the property

To preserve the rights of the tenant on third parties who might have registered their right on the property, it is no longer required that the lease has been registered in the Land Registry, as was required until now.

It should be noted that very few tenants registered this right in the Registry, as it involved an extra expense that barely provided protection for a period of three years.

There are a series of situations in which the Law now wants to guarantee the tenant’s right to remain in the home for the minimum period (five or seven years, depending on the case).

Thus, in case of sale of the rented home during the first five years of the contract (or seven if the lessor is a legal entity), the tenant has the right to continue in the lease until five years or seven years, respectively. During this period, the buyer will subrogate the rights and obligations of the landlord, even if in the rental agreement it was agreed that the sale of the house would cease the lease. Similarly, in case of forced alienation of the property derived from a foreclosure or judicial decision.

If the tenant agreed in the contract in good faith with a person who appears as the owner of the property in the Land Registry, or who appeared to be the owner by virtue of a state of affairs whose creation is attributable to the true owner, he or she shall be entitled to stay in the property for the minimum duration (five or seven years).

Eviction processes must include social services

In proceedings for the eviction of the leased habitual residence for non-payment, the court will automatically inform social services about the existence of this procedure. If social services inform the court that the affected household is in a situation of social or economic vulnerability, the process will be suspended for a maximum period of one month (three months if the landlord is a legal entity) until the necessary measures deem appropriate by social services are adopted.

Neighbouring communities have the power to put a limit to the number of holiday flats in their buildings.

Now, a majority of three fifths of the owners is enough to change the status of the community to prohibit any tourist flats from appearing in the building.

Do you still have any doubts about the new lease agreements and how these might affect you as a lessor or lessee in Spain?

We will be glad to assist you in the drafting of your contract and guiding you through the entire process. 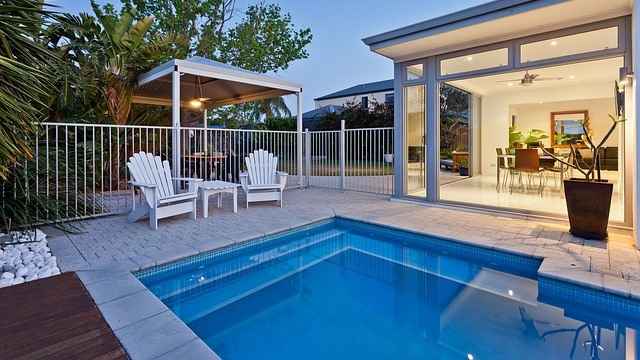