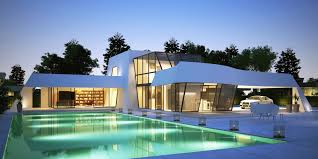 The average price of unsubsidised housing in Spain stood at 1.540 euros per square meter in the third quarter of this year, 2.7% more than in the same period of the previous year and 0.7% more than the previous quarter, according to data from the Ministry of Development. This year-on-year rise is the highest since the recovery began in 2015. In real terms, discounting the inflation, the price of unsubsidised housing experienced an increase of 1%.

With this new increase, which is already the tenth consecutive quarter of nominal increase, prices have recovered 5.8% from the minimum value reached in the third quarter of 2014. Even so, they remain below the levels reached before the beginning of the crisis in 2008, which led to 26 quarters of year-on-year falls in the price of housing. With respect to the maximum reached in the first quarter of 2008, prices have dropped by 26.7%. In real terms (taking into account the change in the CPI) the current price reflects a fall from maximums of 35.3%, according to the Ministry of Development, which for the calculation of the data has used 130,018 real estate appraisals, representing a 31.2% more than in the same quarter from the previous year.

The price increase in Catalonia stands out when the latest data from INE speaks of increases of only 2% in September. The data of the Ministry of Development do not reflect the political uncertainty that exists in Catalonia. It is likely that this is because the figures refer to the third quarter of the year, and the peak of instability in the community occurred in October, with the independence referendum. “This data talks about a past situation and so it doesn’t work to analyze the current situation. They refer to the third quarter of the year and are based on data obtained during the summer. The political uncertainty that has been going on in Catalonia since September has also affected the real estate market and everything suggests that it could have a negative impact on the good momentum the sector was having, “says Fernando Encinar, head of studies at Idealista.

As for housing type, the newer ones show a better behavior of the prices. The average square meter’s value of unsubsidised housing of up to five years old stood at 1,799.9 euros in the third quarter of this year, representing an inter-annual growth of 3.2%. As for unsubsidised housing of more than five years old, the price reached 1,531.5 euros per square meter, with an increase of 2.6% in the inter-annual rate. The one that goes down is the price of protected housing. The square meter stood at 1,130.8 euros, representing a decrease of 0.3% compared to the second quarter of 2017. The variation compared to the same quarter of 2016 shows a rise of 2%.