IS THE MODELO 720 ILLEGAL? Fuster & Associates can help.

Could the “720 Form” (Overseas Asset Declaration) be deemed illegal by the EU?

Did you know that the current Spanish regulation pertaining to the obligation to declare assets owned abroad could very well be declared illegal, in their current wording?

As we at Fuster & Associates have been explaining in earlier articles, after investing a lot of time and resources to try to interpret the law as it exists today, the European Commission has concluded that the fines imposed in non-compliance cases are disproportionate.

As these fines are considered to be much higher than the sanctions generally applied in national contexts, they are seen to prevent companies and individuals from investing or moving across borders in the union market.

These provisions are understood to be discriminatory and in conflict with the European Union’ stance on freedom.

As such, a legal battle continues between the Spanish Treasury and Spanish lawyers in relation to the penalties imposed for submitting the 720 Form late.

The Superior Justice Tribunal of Castilla y León has been the last to rule out in favour of a taxpayer who alleged disproportionate sanctions for having submitted a late declaration.

The sentencing has compelled the Tax Agency to pay the costs.

One more blow for the Tax Agency but one that doesn’t necessarily imply the automatic repeal of the regulations denounced which is still in force, as well as the obligation to submit the 720 Model.

But let’s go back to basics.

The so called 720 model is a form developed by the Spanish government where taxpayers report on assets and rights located abroad.

The goals of this form and process are as follows:

The origin of the “720 Model” lies on the “Law 7/2012, of October 29, on Modification of the tax and budgetary regulation and of adaptation of the financial regulations for the intensification of the actions in the prevention and fight against fraud”. This law introduced an additional eighteenth provision in “Law 58/2003, of December 17 on General Tax”, which established the obligation to report on assets and rights located abroad.

Who is required to submit the 720 Model?

You’ll be required to submit this tax declaration when you have assets abroad amounting to quantities over €50,000 if you:

Given the fact that this 720 Model comes as an obligation from previous years, once you submit the first statement in successive years you will only need to report where there has been an increase of more than 20,000 euros compared to the last statement you submitted.

The obligations to report to the tax man extend to those who are considered to be “real owners” in accordance with the provisions of section 2 of article 4 of Law 10/2010, of April 28, on the prevention of money laundering and financing of terrorism.

What should you declare in the 720 Model?

When am I NOT obliged to declare the 720 Model?

When should you present the 720 Model? – Submission deadlines

The deadline for submission is from January 1 to March 31 of the year following the one to which the information to be supplied refers to.  In other words, you have until March 31, 2019 to submit your 720 Model for the 2018 year.

If I don’t submit this form, can I be punished?

Not submitting on time or submitting incomplete, inaccurate or false information in cases where there’s an obligation to do so by electronic, computer or other telematic means will result in very serious sanctions.

These sanctions apply both to cases of absolute breach as well as cases of submissions outside the established period:

If you fail to submit the 720 Form and the Treasury discovers the undeclared assets located abroad, in addition to the previous fine, you need to bear in mind the following:

The Law also establishes a specific sanction of 150% of the quota resulting from regularising unjustified capital gains (both personal or businesses) that incur breaches related to the obligation to report assets and rights located abroad.

The requirement to submit the Model 720, however, is not under challenge.

Terrified by all this paperwork and potential sanctions? At Fuster & Associates we help you ease this reporting burden and ensure you stay on the right side of the taxman.

Our team of specialist property lawyers will help you minimise your tax liabilities and adhere to all the requirements expected from you by the Spanish Treasury.  Any further questions?

Book our Free Initial Consultation! Our multilingual experts will be glad to answer any the of the questions pertaining to Spanish tax and property law you might have and Model 720.

We look forward to working with you!

How is your rental income Spanish property taxes for non residents? 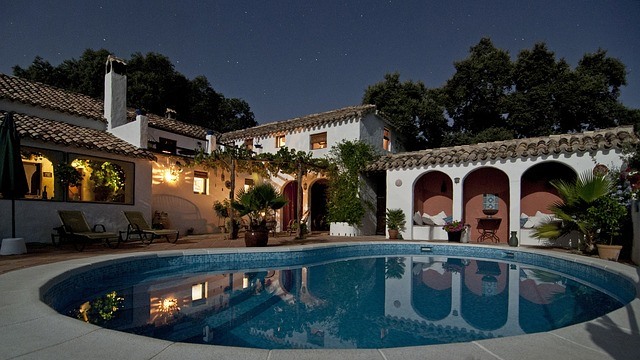