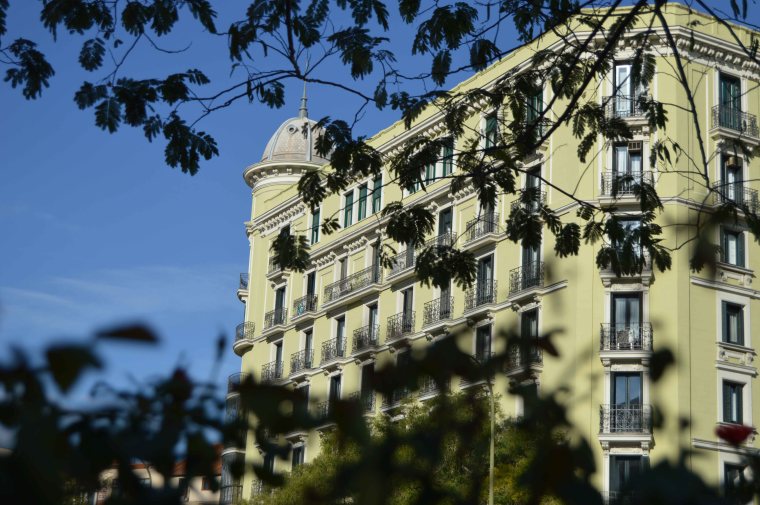 Not that long ago, staying at a hotel was practically the only option for those making a trip, either for business or leisure. Today, many people consider changing the hotel’s comforts for a more homelike experience that only houses can provide. The so-called holiday rental is an unstoppable phenomenon which everyone is talking about lately: the Spanish tourist rental market is accused of not paying taxes, of speculating with housing, of attracting a mass tourism which doesn’t invest in cities’ economy while also being responsible for the high price of long-term leases.

“The first thing that should be corrected is the name that it has been given: tourist or holiday rental”, explains María Jesús Serrano, partner of the law firm Serrano Alberca & Conde. “The correct term would be short-term leases under a broad tenant model, not just tourists.” Víctor Fernández, CEO of the Room Mate Group, shares this opinion and states that 68% of Be Mate Apartments’ customers – the subsidiary of the multinational hotel that dedicates to this type of leases – are executives who, due to work, have to spend several days in another city.

Tourist rental isn’t new. People have rented holiday homes for years. However, this was a more seasonal phenomenon. Now, this new tourist rental is a different manifestation of the so-called sharing economy and it has become an unstoppable phenomenon. According to the latest Vacation Rentals Barometer for Spain, prepared by HomeAway – one of the main operators in the sector -, eight million travellers residing in Spain, between the ages of 18 and 65, have stayed in a tourist home in the last two years. This is three million people more than in the previous study, which was conducted in 2014. “It is true, it is undergoing a boom, largely because large platforms have provided a space in which landlords and tenants can contact each other,” states Arnaldo Muñoz, AirBnB general director for Spain and Portugal. “This is another manifestation of how the sharing economy has transcended into businesses, a business activity that, like all of them, was born because there was a demand,” agrees the Room Mate manager.

The new collaborative model already works prominently in sectors such as transport, accommodation, project financing, personal services, food, education or logistics. They have all experienced an exponential growth over the past few years and have enormous potential. According to the data from the specialized portal Web Strategist, between January 2000 and September 2015, an investment of almost 22 billion Euros in initiatives related to the sharing economy was recorded worldwide. Of that amount, 80% would have been allocated to transportation and accommodation. In addition, it is expected that, by the year 2025, these investments will surpass 282 billion. One of the most common accusations made about vacation rentals is that the tenants are tourists who contribute to overcrowding but who do not enrich the city. Juan Carlos Fernández, General Director for Southern Europe’s HomeAway denies this: “On average, our clients spend 460 Euros throughout their entire stay. This is much higher than what people spend in hotels, which is around 300 Euros. We must bear in mind that those who rent these homes want to be more in touch with the city and need to go out for lunch or to buy groceries, for example.” According to HomeAway estimates, between April 2014 and the same month in 2016, their tenants’ expenses had an economic impact of more than 9.6 billion Euros in the housing environment: restaurants, bars, shops, etc. If this amount is added to the actual price of renting the house, it is estimated that the sector generated 12.318 billion Euros within that time.

The participants do agree that holiday rentals can be more profitable than long-term rentals for the leaser. “It’s comparable to investing in the Stock Exchange or State Bonds. The former can be more profitable but it has more risks than the latter, but both have an audience,” exemplifies Room Mate’s CEO. The absence of regulations in the sector is, in the speakers’ opinion, one of the reasons why there’s so much noise being generated around this sector. “Having a single regulation for all of Spain, instead of a different one for each autonomous community, would have a very positive impact,” says Pablo Zubicaray, president of Fevitur (the Spanish housing associations and tourist apartments federation). “It would regulate the market and we would stop hearing unfounded accusations about taxes not being paid. Like anywhere else, some will try to avoid the treasury, but it’s the Treasury’s responsibility to pursue that fraud just as they would in any other market”. The president of Fevitur insists that the sector’s main challenge is to create more laws and that due to this “people will begin to notice the industry’s truth, as it can greatly help Spain remain a world leader in the tourism industry”.